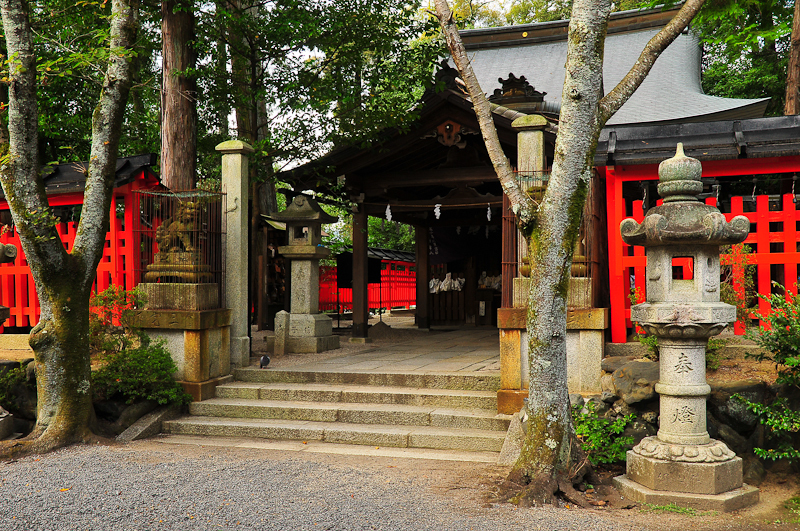 Another photo from the tripod.
This is a small Shinto shrine near our apartment called Miyake Hachiman [三宅八幡]. One of its special powers is to reform badly behaved children. Thus, the shrine is sometimes called Mushi Hachiman 「虫八幡」because in olden times it was thought that a worm (mushi) was the cause of bad children. For reasons I do not know, the symbol of the shrine is a pigeon, and you can see one dutifully waiting the offering of food which is available for worshipers to purchase.
Obviously, except for the pigeon, when I took this shot the shrine was empty. This means either that the neighborhood children don't need the services of this god, or else that they are so badly behaved their parents are simply unable to get them here.

Love how the red threads its way thru here holding all together . .

I love the red in this picture! It's very interesting to know that children are not easy to educate, and that a shrine like this one may help poor parents !!! Beautiful picture!

Nice composition, and interesting write up!

I love the bright red splashes around the shrine. I'm sure the kids are all good. Well, almost all.