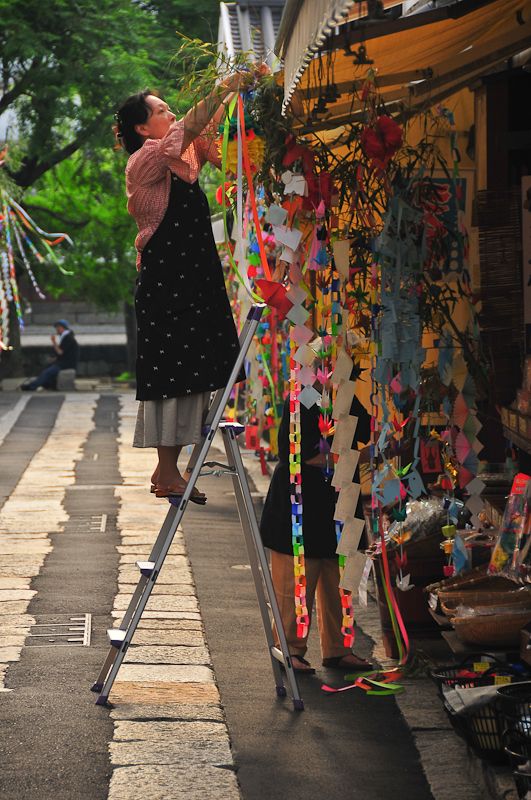 Taken in the city of Kurashiki, this woman is putting out decorations for the summer festival called Tanabata. It is celebrated on July 7, and honors the love of two mythical figures, Orihime and Hikoboshi who were seperated by Orihime's father because they were so infatuated with each other that they neglected their other responsibilities. They were forced to live on opposite banks of the Milky Way, and could cross only once a year on the seventh day of the seventh month. Because there was no bridge for the couple to use, magpies clasped wings to form a span for the annual meeting. If it rains, however, the couple must wait another year to meet again. This year it rained.

A wonderful mythical love story to go with this colourful shot GJC! ;-)

An aluminum ladder in contrast with the mythology. best...jf

What a lovely story to go with this magical image . . you are so lucky to have these traditions.

July 7 just happens to be my birthday ;-) What a wonderful and amazing story of this tradition...and the preservation (there's that word again) of same! Beautiful, GJC!!

A fine shot of this lady and the decorations. Kurashiki is a lovely place.