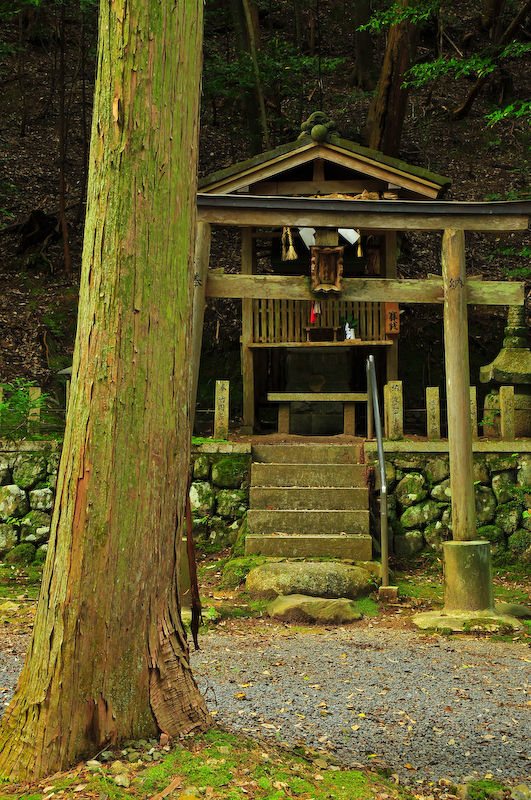 This is a shrine to Ono no Imoko (小野妹子) and his son Ono no Emishi (小野毛人), both of whom were prominent in the Emperor's court in the 7th century.

Kyoto is rich with beauty. Among its many treasures I find myself particularly drawn to its sacred spaces, both Shinto and Buddhist. Today's photo is part of a short series (Sacred Spaces) highlighting some of the city's more remarkable spots where the gods and humanity come into contact.

I must agree, even though i've never been to kyoto i can envision its beauty. great shot of this structure, the diagonal tree trunk adds interest!

You do take the most extraordinary photo GJC...

I love the colours and texture of this shot GJC; however the lintel of the gate disrupts the shot. Possibly a lower angle would help remove this obstruction..... IMHO.... ;-)