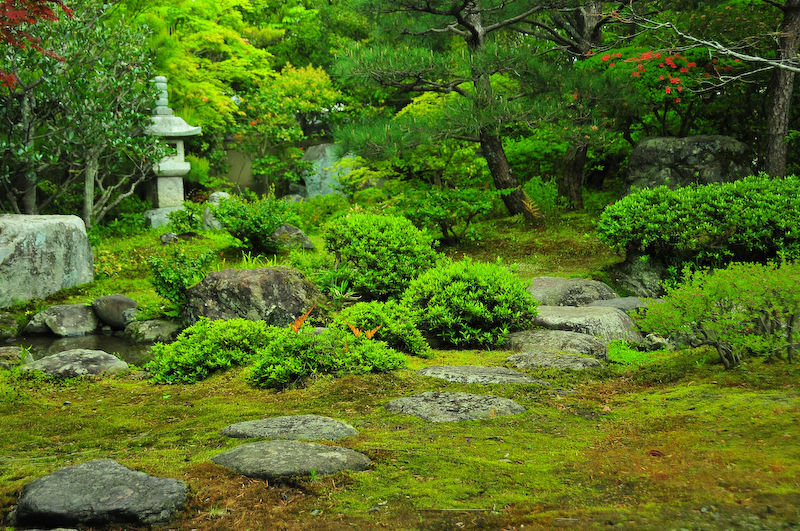 In ancient times the area around Kamigamo Shrine (上賀茂神社) was inhabited by a hereditary class of Shinto priests and their families who kept the Shrine. By the time the Emperor Meiji abolished this hereditary class in the late 19th century, they had built a large village of over 300 houes, all surrounded by a moat whose waters were incorporated into their gardens as streams and ponds. Today, the garden of the Nishimura family (西村家庭園) is open to the public and is reported to have been designed several hundreds years ago.

yes the japanese garden, similar to some that i see here (but nothing compared to what you see in kyoto)

Very serene and I love those little splashes of red. And thanks for the back story.

So beautiful and so peaceful!! Great shot!

This is a beautiful garden.

Thank you for the information, GJC and for sharing this beautiful garden.

An oasis where the centuries can come at rest and, at times, creep on visitors'backs.....