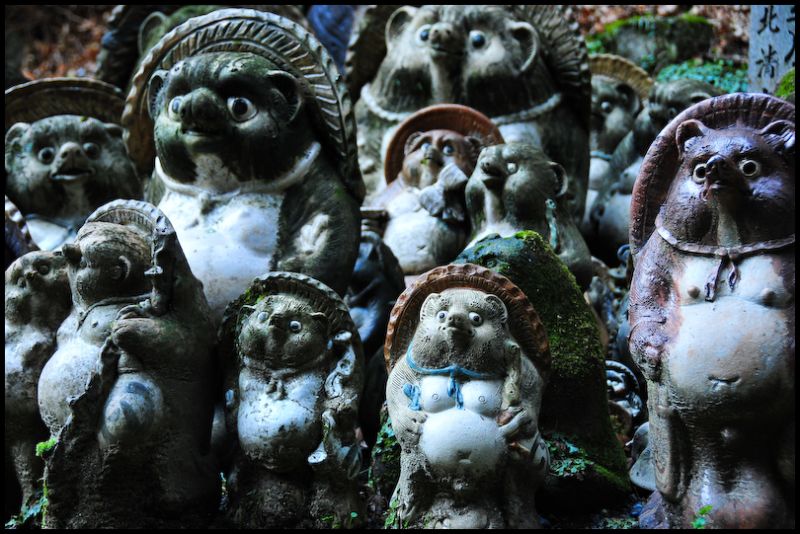 Ready for a Party

This is a collection of Japanese badgers (called tanuki; 狸), a typical symbol of good times, parties, drinking and spending money unwisely. As a result, he's often seen at the entrance to restaurants. These guys, however, are assembled in the more sober confines of a Buddhist temple called Tanukidanisanfudoin (狸谷山不動院), making their own party.

Excellent shot. You see the different expressions on the faces. Well seen.

Looks like an elfin uprising GJC! Well seen and captured! ;-)

They seem to have smiling faces...and they do look ready to party!

These guys are too cool. With those bellies they look like Happy Buddha Badgers.

Do they see their shadow and there is six more weeks of partying? best...jerry

That's too funny! Thanks for sharing...great shot!

Intriguing! Thanks for sharing

this is so much more interesting after reading of the location where these guys are placed... in a temple!