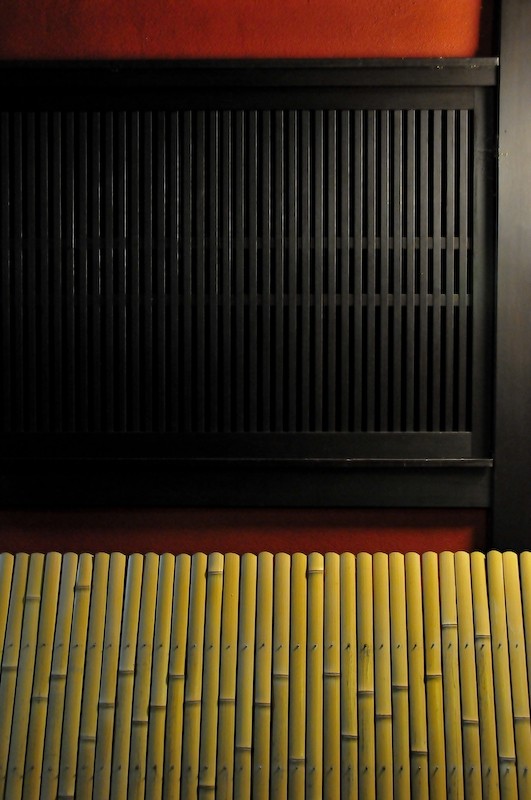 Fifth and final in a series looking at walls at progressively later times of the day.

Great capture. I like the opposition of colours and patterns!

This is fantastic GJC....I love it's graphic art qualities.

(amazing sharpness and rich colour for an iso 3200 photo!)

I love the colors, textures, and patterns in this one.

This is really an abstract photo!

Love it!
Love the layering
Love the texture and repetition
Love the colors
I think the red at the top "makes" the picture

Will from Gainesville, United States

Thank you for this series. On a slightly tangential note, I'm reminded of an experimental film by Jon Jost called Muri Romani ('Roman Walls') that you might find interesting. It's a collection of static shots of walls in Rome, at various times of day and in varying colors and textures, slowly and continuously dissolving into one another while an ambient soundtrack of city sounds ebbs and flows. Your series (and your blog in general) prompts one to think again about the cinematic potential of sheer light, shadow, and time. Thanks.